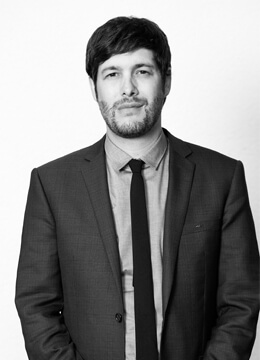 Born on 25 January 1977, Mathias Burnand is a co-founder of 4 Avocats which became later Sedex Avocats. He holds a law degree from the University of Fribourg and a Master in Business law of the Universities of Lausanne and Geneva. Mathias is qualified to practice as an attorney.

His main areas of activity are Company law, Employment law, Contract law, Family law, Sports law, Criminal law (he was a defense lawyer in several high-profile cases). He is member of the Vaud Bar Association and of the Swiss Bar Association.

He is a President of the Qualification Commission of the Swiss Football League (SFL). Mathias is also involved in several important cultural projects, such as Théâtre du Jorat for which he is a Vice-President.

Mathias Burnand participates regularly in conferences at which he speaks, in particular, on the profession of attorney.